Just in time for Halloween

Just another Happy Halloween Short Story, without the ghouls or goblins but disturbing to say the least.
The first installment in the Farmerville Series begins with Ron Farmer, a four-year veteran of the rural Hobbs County Sheriff’s Department. Ron had a rather normal life without much excitement, a sharp contrast from when he was a Green Beret deployed to Iraq and Afghanistan. The traditional Halloween festivities are no match for what was set in motion when Ron made a traffic on the Friday of Halloween eve. No ghouls or goblins in this story, but the events that transpire involving two escaped convicts, a family of four, two migrant workers, Ron and his daughter Laura, are far more disturbing, sinister, terrifying, and real, than any ghouls and goblins story. 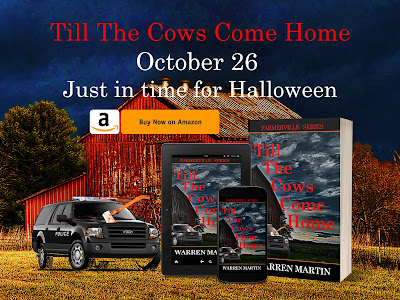 Posted by Warren Martin at 2:48 PM