The 10 Best Cities to be a Writer

The below is a re-posting of a interesting MyLife Blog post article by Christian Neeser on the best cities to be a writer.  At the bottom of the post there is a chart of all 100 cities evaluated.

When you see people walk by, do you create a narrative in your head of what they might be talking about? Or invent the life story of the hamburger you’re eating? Then you might be a writer.
But it’s difficult to thrive as such in just any city – your surroundings have be inspiring, and you need to be able to find work until you pen the next great American novel. To help authors determine what city best makes a great writer, we did an analysis using criteria we thought would help find the best of the best.


Here’s How We Ranked Them

We started with a list of the 100 most populous cities in the U.S. and ranked them from one to 100 in each of the following categories:
After establishing a ranking for each of those categories, we assigned a score to each city for those categories as well. Once those were added up, we divided the sum into an average; the lower that average was the better. 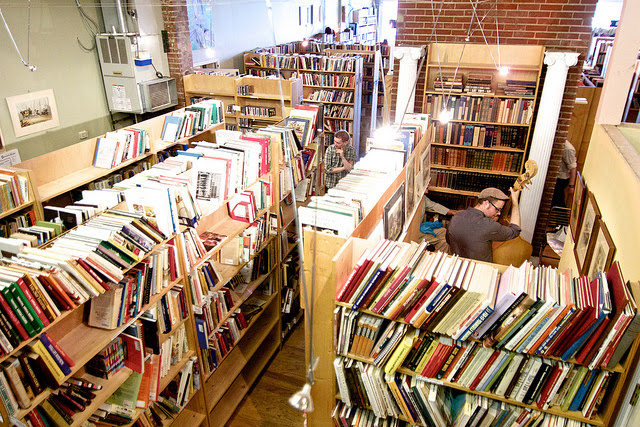 Photo from Flickr User Nathan Lucy.
The Gateway to the West, St. Louis ranked no worse than 26th in every category; that consistency vaulted them to number one on our list. STL ranked 11th in the percentage of population working in the industry category, and Dunaway Books helped it rank 14th in number of bookstores and coffeeshops. 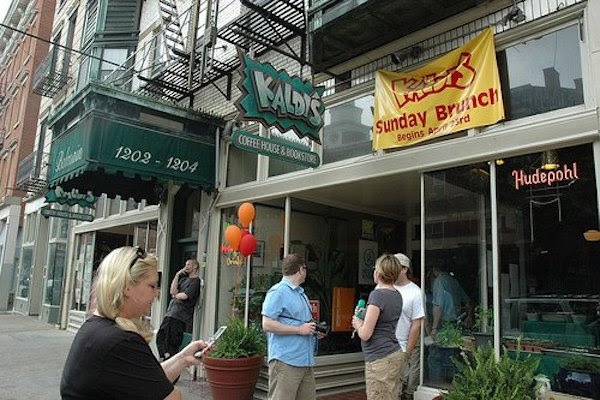 Photo from huntingnighthawks.com
Nothing like killing two birds with one stone as Kaldi’s Coffehouse and Bookstore does, which helped Cincinnati rank second overall. The Blue Chip city ranked 15th in that category, and ranked no worse than 26th everywhere else. 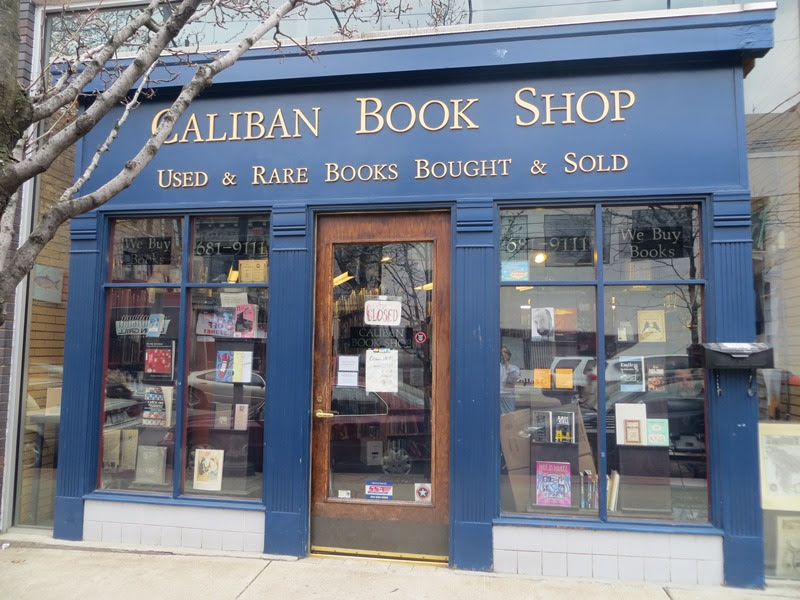 Photo via literarytourist.com
Coming in at number three on this list, Pittsburgh was able to rank sixth in the number of bookstores and coffee shops category. But Steel City is of course famous for its hardworking citizens, and the writers are no different; it ranked 31st in the percentage of the population working in the industry category. 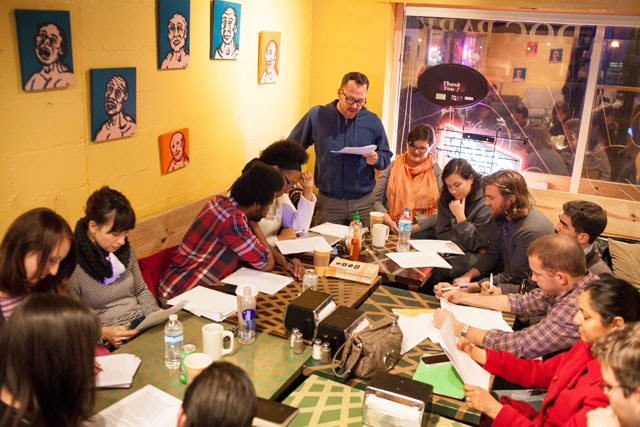 Photo by Dustin Chambers
There are jobs aplenty for writers here in Atlanta; the city ranked ninth in that category, bested only by San Fran. Writing workshops such as Kill Your Darlings help aspiring writers perfect their skills for the working world. ATL ranked tenth in number of bookstores and coffee shops as well. 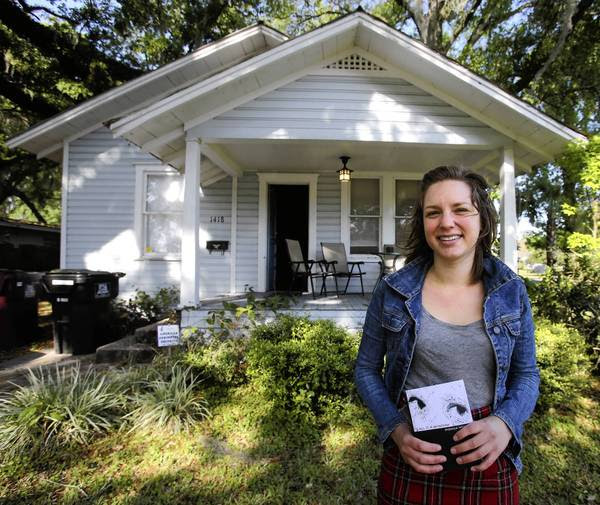 Photo by Joe Burbank
Universal Studios isn’t the only way Orlando is drawing attention to itself; they were able to rank in the top eight in three different categories. The Kerouac House offers free rent for a period of time to writers so that they can focus on their work.
6. Minneapolis, MN 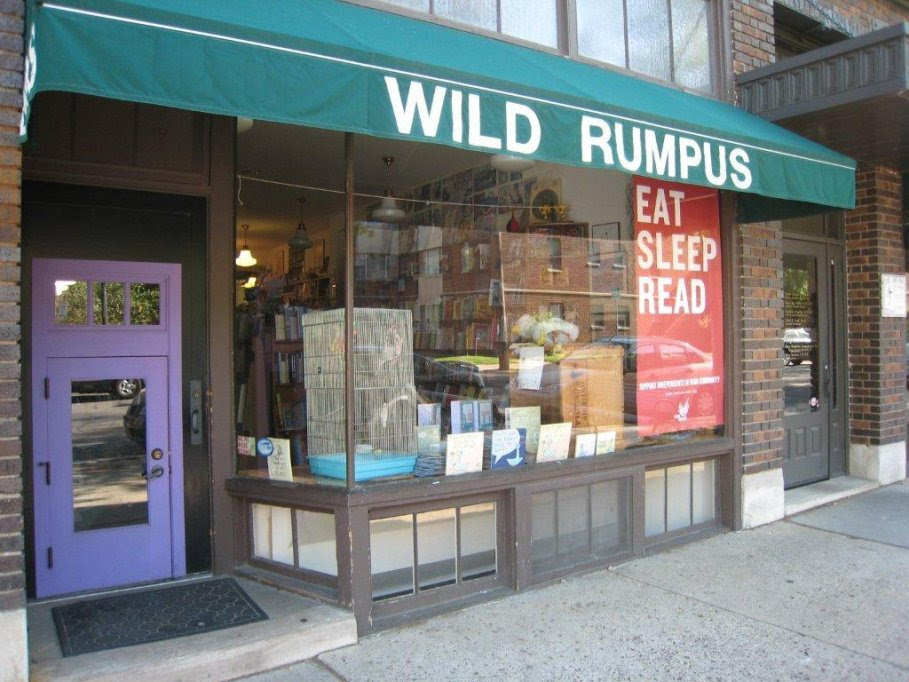 Photo from annieandbob.com
The bookstore pictured, creatively named in reference to “Where the Wild Things Are,” helped Minneapolis rank seventh in number of bookstores and coffee shops category.  They were able to rank in the top ten in percentage of the population working in the industry as well. Photo by Charles Lewis
Buffalo didn’t crack the top 30 in three of the categories, but used a number one ranking in cost of living to sneak into the top ten. The Young Writers Studio is molding aspiring writers to enhance their skills in the craft. 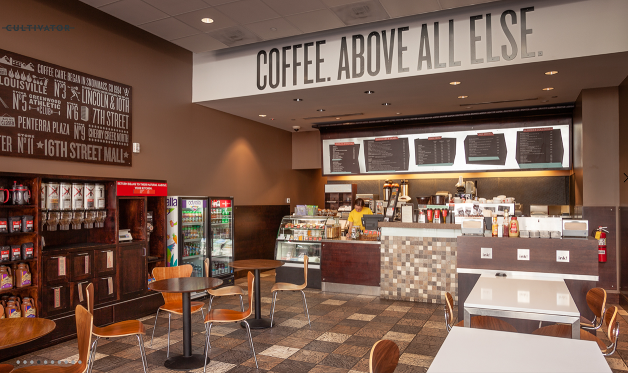 Photo via cupcakesandbacon.com
There is certainly no shortage of inspiration in the Mile High city; the mountains are good for a lot of things, and one of them is curing writers block. Denver ranked in the top 25 in three categories, including 11th in the number of bookstores and coffee shops, such as ink! Coffee. Photo via kuuleilani.wordpress.com
Creativity bursts at the seams in the Emerald City. Seattle has the most coffee shops and bookstores of all cities on this list, which is no surprise. But it also ranked tenth in percentage of population working in the industry, as demonstrated by the self-employed man pictured above, who writes poems for patrons at the Fremont Flea Market. 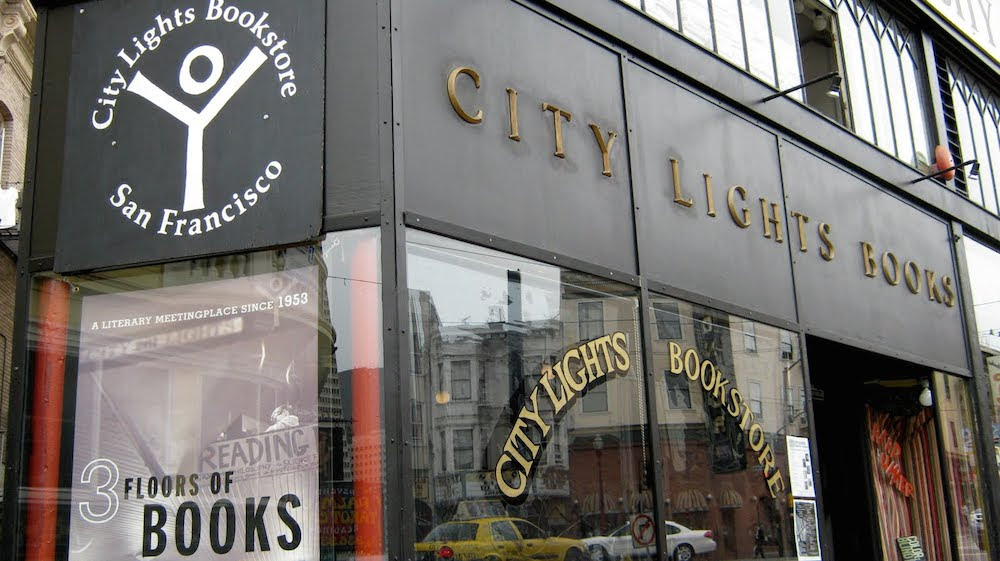 Photo from avidreader25.blogspot.com
If it weren’t for its ranking of dead last in the cost of living category, the City by the Bay would likely have taken home the number one ranking, as it was seventh or better in the other three categories. San Francisco‘s world famous bookstores, such as City Lights, propelled it to tenth overall instead.

Although there are several cities for writers to thrive, many might wonder why well-regarded cities like New York or Los Angeles didn’t rank better. If you want to be a screenwriter or playwright, this ranking may not be for you, as there are probably more jobs in screenwriting and playwriting in both of those cities.
But if your focus is more general and you just want to write, this analysis will make more sense, which knocked down those cities for extremely high cost of living and average scores in the other categories.

Posted by Warren Martin at 10:37 PM No comments:

Email ThisBlogThis!Share to TwitterShare to FacebookShare to Pinterest
Labels: best cities, St. Louis, The 10 Best Cities to be a Writer, Writers Tips, Writing

Printing and Publishing Options for Authors

Imagine that you’ve finished writing your book. You have also completed the important tasks of hiring a competent editor and graphic designer. Now it’s time for you to take the next step in the publishing process and get it into a form (either physical or electronic) that readers can consume.

You’ve probably heard of such terms as traditional, independent, and self-publishing. You may also have come across words such as offset, digital, and print on demand. But what do these terms means, how are they different, and which one is right for you?

What are your best options for getting your book printed so that you can hold the very first copy in your hands? And let’s not forget making your creation available as an ebook. Also, how much will all of this cost you?

At our next meeting, Warren Martin, Linda Austin, and guest speaker Leland C. Shanle Jr. will answer these questions and more in our presentation, “Printing and Publishing Options for Indie Authors.” Our panel will also share some of their personal experiences with the publishing process as they cover the following topics:

Warren Martin independently published his first novel, Forgotten Soldiers: What Happened to Jacob Walden, in 2012. He served twenty-one years in the U.S. Army and, after retirement, transitioned into corporate business operations and, later, his own business. Warren divides his time among writing, research, teaching business courses, and pursuing a PhD. in business and leadership. In addition to serving on the SLPA Board as vice-president and secretary, he is a member of St. Louis Writers Guild and the Military Writers Society of America (MWSA). Visit: Blog , Website, Book Trailer, Amazon Page, YouTube Channel, St. Louis Green Berets.

Linda Austin is the author of Cherry Blossoms in Twilight, a memoir of her mother, who grew up in Japan around the time of WWII. She also writes poetry and published Poems That Come to Mind: for those who love someone with dementia. Linda encourages life writing on her website, www.moonbridgebooks.com and consults on indie publishing and social media. She can also be found on Facebook and Twitter.

Leland C Shanle Jr. Lieutenant Commander, USN (Ret), is a pilot, an award-winning author, and a military/aviation technical adviser for the movie industry. His consulting projects include Pearl Harbor, Behind Enemy Lines, The Day After Tomorrow, and Stealth. Shanle is the author of three books: Project Seven Alpha, Vengeance at Midway and Guadalcanal, a novel of war, and ENDGAME in the Pacific. His fourth is slated for release in 2014. He has also written for Aerospace Testing International Magazine and is a contributing editor to Airways Magazine. Shanle has adapted his book, Project 7 Alpha, as a screenplay for a major motion-picture studio.

Doors open at 6:30 PM for networking. Business meeting begins at 7:00 PM and continues till 8:30 PM or so with networking continuing afterward till about 9.

Posted by Warren Martin at 9:35 PM No comments: