I was recently interviewed by Pam DeVoe, President of the Greater St. Louis Sisters in Crime and am honored and humbled by what she has written.

Warren Martin's debut novel Forgotten Soldiers is a compelling story which begins in the Vietnam War and runs through the Cold War period.  Warren’s documentary style of writing makes this riveting tale more real, more apparently credible and honest, than any other style could possibly create.  As with Martin Limón’s style (note the August 2012 blog interview), Warren’s voice is Hemmingway-esque.  Perhaps this is the voice best suited to military based mysteries, I can’t say, but it works for both of them and for their readers.  I actually forgot that I was reading fiction until I reached the very end of Warren’s Forgotten Soldiers.  It seemed that real.
Warren’s own background was perfect for producing Forgotten Soldiers.  He was in the military, serving in the Infantry, Military Police and Special Forces (Green Beret) for 21 years.  So, he is himself a veteran of the Cold War and is intimately aware of the POW and MIA issues and the stories, both real and maybe-real, surrounding those issues and concerns.  While you will find a few editing issues in his initial volume (even with his having hired an editor), they are minor, don’t let them bother you.  This noteworthy and powerful MIA/POW mystery should definitely be on your must-read list.

Given his sharp, terse style of writing, it was his voice that I was most intrigued with initially.  Warren said that his paramount concern is getting his readers to suspend disbelief and to fall into the story as a true, plausible tale.  At the same time, while suspending disbelief in his audience, he wants to entertain, enlighten, and educate them.  The latter is what he calls the 3 Es: entertain, enlighten, and educate.  Thus, he uses the fiction format to create awareness of issues close to his heart. In the case of the Forgotten Soldiers, it’s the issue of POW/MIAs.  As a result, he creates his story line first and, as he goes along, his characters develop as he works through the story.  It’s not that characters are unimportant, but they have to carry the plot, therefore, plot come first.

Tips for Writers:
Write for yourself, not for others. Many people will read your book, everyone of them will have a different opinion.  Remember to be true to your own vision, to what most satisfies you as an author.  In other words, Warren believes each author should take into consideration comments from others, think about it, and decide if it makes sense within the parameters you’ve set for your story.  This is your work in the end.  “Write what you love.” “Write for youself.”

You’ve got to get an editor. Know what you’re doing, but still get a good editor.

On the publishing side: do your homework.  There are a lot of people out there who claim they will help you, but they just want your money.  If you’re an Independent Author, it will cost you money, at least $1,000.00, and that’s with an inexpensive editor.  But remember, it’s a business and you must “do your homework; don’t jump into anything right away.”  As you do your homework, you’ll change your mind (he did) as to what you want to do and to understand what’s good and what’s not.

Use the 3 Es: That is, Entertain, Enlighten, and Educate people.  Fiction matters.  It can influence the way and how people think.

Join writing groups.  Warren belongs to about a half dozen groups, such as the Military Writers Association, St Louis Publishers Association, and the St Louis Writers Guild. “People learn from each other. They get inspired by going to meetings once a month.” Groups can keep you motivated, keep you going.  When you meet with other writers you feel “Okay, you’re not wasting your time and you can get through it [whatever your problem is].” 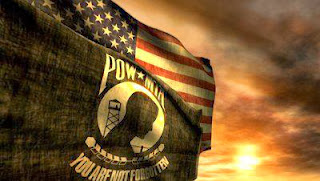 Posted by Warren Martin at 10:14 PM No comments: Links to this post