Interview with Actor/Author Dale Dye: By S. B. Newman 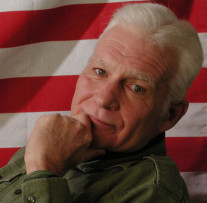 Posted by Warren Martin at 12:54 PM No comments:

Email ThisBlogThis!Share to TwitterShare to FacebookShare to Pinterest
Labels: Interviews

State Of The Union ... George Washington

First State of the Union 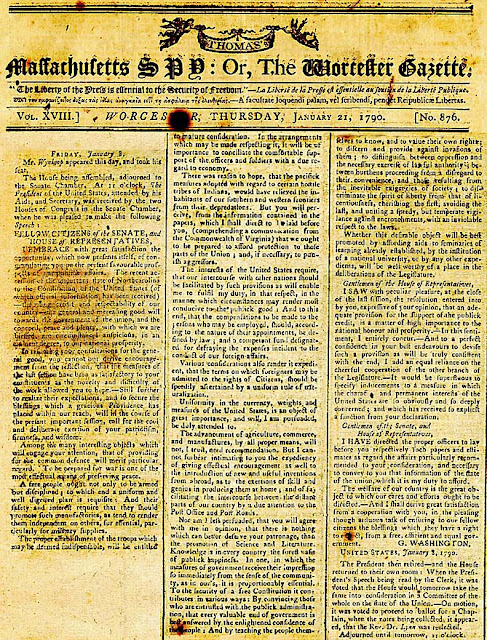 Today marks what can be considered a historic and somewhat ironic day in history.  On this day, January 8, 1790, the first President of the United States, George Washington, gave the first State of the Union address.
State of the Union addresses have come a long way since 1790, from what appeared to be straight forward, to the point, and relatively short, to the now lengthy,  politically filled overtones and full of rhetoric.  The recent announcement by President Obama and his proposal for reductions in the military strength of the United States may contradict some of George Washington’s beliefs for maintaining a strong military, and rings of repeating history and lessons learned from previous reductions in military force, which later required responding to threats and rebuilding the military.
As we enter the new year, personal and political views and opinions aside, reflecting upon the first State of the Union by George Washington is a reminder of a sense of simplicity, normalcy and vision of the original intentions and purpose of the founding fathers, the American Revolution, and what those who lived at that time considered important, vital and of personal interest.


On January 8, 1790, President George Washington complied with Article II, Section 3 of the Constitution. (Spellings appear as in the original draft.) 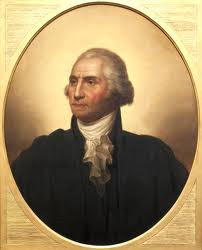 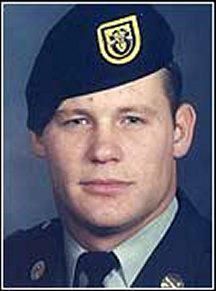 It is sometimes difficult to grasp how quickly time passes and in some cases how soon people forget, and yet his family, friends and Brothers in Arms from the US Army 1st Special Forces Group have not forgotten and still remember SFC Nate Chapman on this tenth anniversary of his death on January 4, 2002.

"SFC Nate Chapman has the single unwanted distinction of being the first American Soldier killed by enemy action in Afghanistan."

SFC Nate Chapman has the single unwanted distinction of being the first American Soldier killed by enemy action in Afghanistan.  SFC Chapman, a Green Beret and member of ODA-194 in the 3rd Battalion 1st Special Forces Group out of Fort Lewis Washington was serving on his third combat tour, his two previous combat tours having been in Panama and Desert Storm. 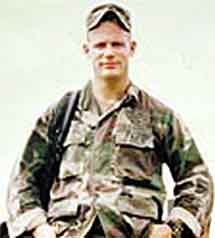 On January 4, 2002, Nate Chapman was part of a U.S. team operating near the town of Khost, a few miles from the Pakistan border. The Green Berets, in some cases working with CIA officers, had been combing the region on intelligence missions with Afghan fighters. They searched caves, bunkers, gathered weapons and interrogated captured Taliban and al-Qaida fighters.
Chapman and a CIA officer were working with local Afghan leaders to gain information on the whereabouts of al-Qaida members. After leaving a meeting with the Afghans, the Americans were ambushed by small-arms and light-machine-gun fire. Both Chapman and the CIA Officer were shot during the firefight and evacuated, however Chapman died shortly after from his wounds. 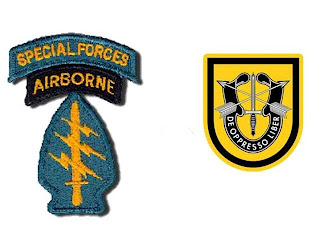 Nate Chapman was laid to rest at Mount Tahoma Cemetery in Kent Washington. The below link has additional information about Nate Chapman.
http://www.quietpros.com/Afgan/chapman_nathan_ross_5sfg.htm
Posted by Warren Martin at 10:00 PM 1 comment: